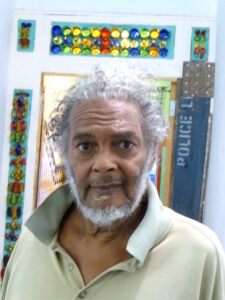 John Farris was a poet, novelist, playwright, raconteur and artist who was integral for decades in the Downtown literary and jazz scenes. Before he died in 2015, at age 75, he published only the novel The Ass’s Tale (which won a PEN Oakland award in 2011) and the poetry collection It’s Not About Time.

Archway Editions co-founders Chris Molnar and Nicodemus Nicoludis spent a number of years transcribing Last Poems, the first major collection of his work, covering his last years at Bullet Space in the Lower East Side.